Safermedia in the Daily Mail 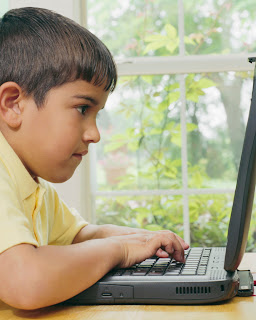 Yesterday, on Monday 22nd November, Safermedia held a parliamentary Conference on the Effects of Pornography.  It was a real success, with great speakers that included: Pamela Paul, US author of ‘Pornified’; Nola Leach, CEO of UK charity CARE and Psychotherapist, John Woods, from London’s Portman Clinic.

Over the next couple of weeks we intend to provide you with the highlights, and keep you updated about any developments.  The first thing to report is that the Daily Mail has published an article which includes coverage of the conference and comments from safermedia's co-founder, Miranda Suit.

The Sexualisation of Children


On 22 November, Safermedia's Conference takes place on 'The Harm that Pornography Does.'  This has partly arisen out of research, done for the Home Office in February this year, in response to growing concern in the UK about how the media is contributing to the increased sexualisation of our children.

The Home Office Report, 'Sexualisation of Young People Review', was carried out by London Metropolitan University psychologist Dr Linda Papadopoulos, who argues that the growing prevalence of sexualised images in magazines, television, mobile phones and computer games is having a damaging effect on children and young people.  Thirty six recommendations were made in the report, which included the suggestions that:

- Broadcasters should not be allowed to air music videos that feature sexual posing or sexually suggestive lyrics before the 9pm watershed.
- Local authorities should vet public billboard advertising to ensure images and messages are not offensive on gender grounds.
- Lads' Mags should be confined to newsagents' top shelves and only sold to over-15s, as well as a ratings system on magazine and advertising photographs showing the extent to which they have been airbrushed or digitally altered.
- Jobcentres should be banned from advertising vacancies at escort agencies, lapdancing clubs and massage parlours, curbing the "increasing pornification" and the "mainstreaming of the sex industry",

The then home secretary welcomed the report, saying government was already committed to some of its recommendations: "Changing attitudes will take time but it is essential if we are going to stop the sexualisation which contributes to violence against women and girls."

Watch the news clip below for more from Dr. Papadopolous: